Nashik is an ancient holy city in Maharashtra, a state in western India. It’s known for its links to the “Ramayana” epic poem. On the Godavari River is Panchavati, a temple complex. Nearby, Lord Rama was thought to have bathed at Ram Kund water tank, today attended by Hindu devotees. Shri Kalaram Sansthan Mandir is an ancient shrine to Rama, while Rama and Sita are said to have worshipped at Sita Gufaa caves.

Sundarnarayan Temple marks the site of a legend of Lord Vishnu. Tapovan is a pilgrimage site next to the Nasardi River, close to where Lord Rama purportedly lived. Colorful statues of Hindu gods fill ISKCON, a modern temple for the worship of Lord Krishna. The temple complex Muktidham, in white sculpted marble, has painted scenes depicting the lives of Krishna and several chapters of the “Bhagavad Gita,” an ancient Hindu scripture. On a small hill to the southwest are the 24 Pandavleni Caves, dating back millennia. They are marked by Buddha carvings, rare inscriptions and cisterns. Vineyards dot the land west of the city. 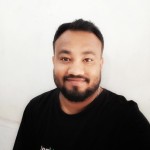